Introduction:
This is a write up for the first field test of a three weaponized celestials, the Cruel Angel Project as named by Pontiff Michael Halligan. I directly observed them throughout their engagement with the town of Travance within the kingdom of Kormyre. Within these notes I shall outline the performance of the three weapons, and analyze their abilities, strengths, weaknesses, to begin determining what will need to be altered as this project moves forward.

Procedures:
Three former Templars: Malorie Jencks, Xavius, and Bram were prepped for the ritual. Each one already having undergone the process of conversion and control at the Pontiff’s request. We altered their body to implant a substance known as blank flesh. The blank flesh acts as a conduit to siphon excess energy. They each consumed a series of elixir’s comprised of extracted husk essence, mixed with the ingredients of a potion of victory, and additional components. This permanently strengthened the body. Once they were strong enough I implanted the runes and symbols for the ritual of compelled summoning, and the ritual of the bound celestial into bones on their shoulders and ribs respectively.

Within the proper of Travance the ritual was performed, transforming the bodies of the three former Templars into weaponized celestials. They were then allowed to roam the proper at the Pontiff’s order, attacking any they came across.

Results:
These numbers were based on observation, and compiled from multiple sources. As always mortal error is expected, and thus the numbers could be inaccurate.

Gaian Weaponized Celestial:
Inflicted damage:
Inconclusive. A number of heroes were felled, but due to the weapons ability to launch a target a great distance from a single punch an exact number of who was dropped, vs who was merely launched away could not be determined.

Strengths: No matter what manner of attack was inflicted upon the creature, it continued on.
Weakness: The above thick skin ensured that the weapon would continue to function, but with each attack regardless of type, it took damage. Meaning it could easily be whittled down by attacks that the other weapons would shrug off.

Destroyed by: The human soul was laid to rest before the resolution of the experiment. The body continued to fight until destroyed by concentrated efforts.
The Celestial was banished after the mortal body was defeated
The physical body was respectfully laid to rest by the town.

Strengths: More able to engage enemies, and thus more adaptable. The Templar appeared to have more control over the celestial.
Weakness: as noted by Zelretch, the weapon suffered when overwhelmed by a great number of attackers. In his observations it had trouble handling metaphysical attacks.

Destroyed by: Multiple attacks, incapacitated by a metaphysical attack.
The Celestial was banished after the mortal body was defeated
A soul binder attempted to consume the corpse.

Strengths: Impervious to harm inflicted on the mortal body. Engaging the judgement, as noted by one elf who declined to offer a name, it felt as though you were gazing into your own soul, and not being found worthy.
Weakness: Those who bested the judgement of Galladel inflicted wounds upon the host body.

Destroyed by: A confrontation with one of the previous combatants who had been defeated. (specifically the above quoted elf)
The Celestial was banished after the mortal body was defeated

My ritual of Celestial Freedom seemed to summon an archdevil. Unfortunately interference from several towns members kept me from fully experiencing the final moments of the experiment, and I did not get to interact with this creature. Perhaps this is the most frustrating aspect of the experiment. So many questions could have been answers. But progress is progress.

Conclusion:
The original intention of this field test was to find the stress points for our weaponized celestials, so that I could improve the process and perform it with stronger celestials. While I have begun to theorize on methods by which that can be done, I am also inspired by the possibility of going in the other direction: Dampening the powers of the celestial and streamlining the ritual, or even linking the rituals, so multiple individuals can gain those powers. The result would be weaker iterations of the weapons, but ones that could be made faster and in greater numbers, resulting in a powerful foot soldiers instead of a single weapon of mass destruction. And when building an army, a thousand potent soldiers is preferable to one unbeatable weapon. I will write up a proposal for this and submit it to the Pontiff.

The Galladellian Weapon was the most curious of the three, it’s judgement abilities do not make for a viable soldier, so it cannot be modified as above. Perhaps I can use it in another fashion. Further research will be required.

For their participation in the experiment, the town of Travance and its subjects will be compensated. They did not seem interested in monetary compensation, and saw far more value in information that will assist in their many battles against their enemies. Thus I have made arrangements to provide that as payment for their assistance.
Jackdaw
Captain of the Winged Victory
Baronial Ambassador to Coast Haven
Champion of Homunculus City

06 Apr 2019 21:49 #2 by Tim P (OrganicGolem)
Replied by Tim P (OrganicGolem) on topic Cruel Angel Project Results
Your experiments seemed to serve well first and foremost to drive me to a state of frustration I had not experienced in quite some time. I am still trying to unravel the source of the invulnerability that transcended anything I have seen in my wide experience thus far. My catharsis was robbed from me as, when I was in peak bloodlust, it ignored me in favor of easier prey. Still, the weakest of us are stronger than anything you throw at us so it will not test in any significant way.

I had the means and strength to harm an Ido-Lich, so I am confident that with time I would have found a way to confront the creature directly with no need for it's cheap tricks.

I found the other two unworthy, and uninspired. I felt no catharsis in the defeat of the enslaved celestials, and wish I could have brought the fight to one you deem strongest.

The gods themselves interfered in the results of your ritual, and Valos was the one who prompted the sending of my ex-wife, now Archdevil of Malyc. Valos and Malyc are one on your order's destruction.

I desire catharsis, and if your experiments were lackluster. If you can't provide me with a worthy fight, I will be forced to exterminate your order until it is forgotten.

Please leave the shadows, and face me directly. I fear that eventually the bloodlust against the blazing sun will be so strong, that I would be unable to kill your ranks any longer due to the zeal of those righteous individuals who are (I am sad to admit) much faster in a footrace than I.

It has been too long since I have been allowed to paint the ground in heretical Valos slandering prey.

Someone's gonna have to fill me in... all of this sounds like it was one hell of a time.

Orophin, if you have the luxury of time, I'd love to discuss...well, ALL of this.

I would also love the chance to speak with you as well, O so mysterious one who has posted these notes.

Django
Commodore Django, the Sunseeker
Kormyrian Navy, Captain of the K.S.S. Ironscale
Rooster of the Winged Victory
Vassal to Kaladonia 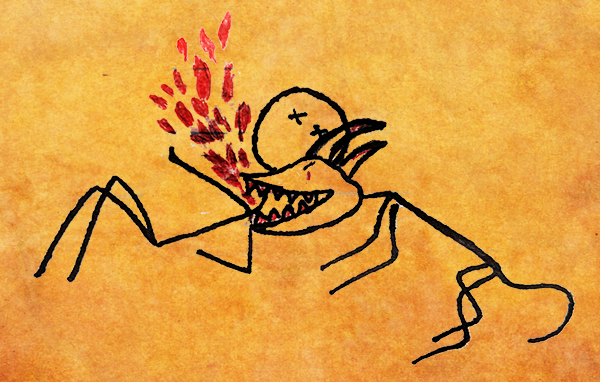 07 Apr 2019 07:46 #6 by Ephrem (bamore62)
Replied by Ephrem (bamore62) on topic Cruel Angel Project Results
The three former Templars, Malorie Jencks, Xavius, and Bram, cry out for justice.
The three celestials of Gaia, Andorra, and Galladel cry out for justice.
Those who have suffered under your cruel and cold "experiments" cry out for justice.
Are you so deaf that you cannot hear their cries?
It sickens me to read the words "conversion and control" written in the same line. It would sicken me more hearing you speak those words in the same breath. These "experiments" that you have done and that you continue to do cry out against Valos himself. The light of truth has been shed upon your evil actions; convert your own heart that you may be spared the righteous hammer. Consider these words as the lion's roar; carry the sound of that roar to your order.
Orophin speaks truth, both Valos and Malyc are one on your order's destruction. I will speak the truth as I did in the Inn against your false Pontiff. In the battle of hearts truth will prevail.

Father Ephrem,
The Heart of Valos in the Land
Father Ephrem
Primus of the Church of Light in Travance
et Cor Valosi

If you would like more information of what happened as you were not present, feel free to reach out to me. I have extensive notes.
Dr. Selby Wainwright
Viceroy of Albriar
Quartermaster of the Blood Spirits Mercenary Company
Acting Guildmaster of the Travancian Crafters Guild

Trap more celestial's on this plane and I will find you and end you.

~Odo, after hearing a person fake a wolf howl