As many of you saw last feast, Duke Baliol is in possession of superhuman abilities not necessarily parallel to the Lord Chancellor, but similar in scope. Like many of you, it is my intent to face him in combat - perhaps even single combat - some time in the near future. To do this, it is necessary to develop a plan of attack that counteracts each of his powers. I was told that he wields unnatural strength and that he was able to lift people into the air with some kind of force. Obviously, there is more to it than just that. I have no delusion that the world will step aside so that I might take vengeance on the Usurper, but I intend to be prepared, and help others be prepared, if such a thing should happen.

So I would ask for some aid in this regard. The first thing I would request is a full list of what he could do on the field of combat. Spare no detail, and, if you can, try to explain how he did it. What weapon does he wield? Is his mysticism bound by spells or something altogether different? Anything you can remember is beneficial here.

Additionally, this past feast I was awarded a weapon by Lord Admiral, a longsword named Honorbound. Regrettably, it has been half a decade since I last wielded a longsword with any degree of proficiency, so I am in need of instruction and sparring partners, hopefully several different masters of the art to broaden my repertoire. If the Usurper possesses superhuman strength, I should like to develop techniques to counteract it, so ideally my sparring partners will be of similar capacities. I will of course pay you for the time or provide a favor later on.

Lastly, I need whatever information we have available on the Null, if we still have it at all, particularly on the Null of Magic. I don’t intend to do anything with it quite yet, but I would like it as a baseline for the future. Like the above, I will pay for your time as needed or I can owe you a favor. Either is acceptable to me.

I will still be in Travance at the Baronial Offices for a few days, but I will be returning to Trunrick relatively afterward, so you may reach me there at their town hall.

Thank you for any and all aid.
Owen Piper
Admiral of the Kormyrian Royal Navy
Named Successor to Lord Admiral Aleister Demirosz

I tried my best to fight against Baliol that night and I admit, I lost my head. But all I could see when looking at him was the night he murdered Ser Tristram in front of me and even though I knew I couldn't beat him, I had to at least try. He and Enzarond both used mystical abilities to throw me across the field. At one point he lifted me in the air with magic before ripping out my tounge. He had paralyzed me in place at another point. I also witnessed him attempt to put up a mystical barrier that I was still able to get through through my strength of will alone. Myself and a few others were paralyzed, lifted into the air roughly 50 feet, and thrown a considerable distance beyond even where the main battle of Travancians was being held. But the one thing he did that I will NEVER forgive him for, was he forced me to kneel before him again. And not just me... he did it to others. When I called him out for not wanting respect but obedience, he looked me dead in the eye and the only word he said was "Exactly." I hope to one day bury my axe in him for the things he did to my friends and my Knight. I am like you, where I don't expect the world to bend for me to be able to get my vengeance... however I do hope that I will have the ability to be there when he falls to Travance. Because he WILL fall.

Should you wish someone to spar against, I will happily oblige in the future. I could use more practice myself.

If you are going out to Trunrick, could I perhaps give you a letter? My family is out there and I am sure they would like to know that I am safe and alive.

These are pertinent documents from the War with the Null.

They are but a first step, however, they may allow you gain some forgotten insight.

I stand with you.

“The Null are trapped in three layers of prison; the Wardenstone into which they were pulled is now inside a Weave cage, which is inside Miranda's former prison.”

Corsair also played a large component as well. Those who partook in the ritual to reunite him with his heart at the start of Summer 1216 should have valuable information as well.

I will most likely not be present for this next feast, but would gladly make myself available to assist you in training with the sword when I am next in the proper.
Darius Red-Maw
Champion of Agaura

Since I am mostly only comprehensible when inebriated, I'll give you things you can do to get better. First, all combat deals with the ability to fight at the distance of your weapon without getting into their range. get used to the reach the war sword gives you. practice cutting with it. practice your cuts with a shield, if you plan to use one. I will be willing to spar you if other duties do not take me away.

As a protector of the Weave, I do have to ask what your intentions with the Null, and Myrinod, are. The Null are not a force we want loose again in this world- even one would destroy us.

Do not destroy all that is good in your desire to destroy something evil.

In service to the Weave and to the Kingdom of Kormyre, 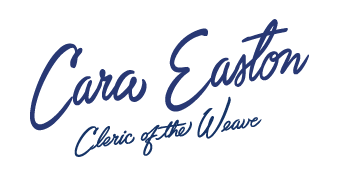 You'll have your Duke.

If you need a spar find me.
Seth

The skill of the sparks seems more securable. A small space where once sat something would swing the situation towards success. To wit: a sphinx.
----

07 Aug 2019 16:06 #9 by Ephrem (bamore62)
Replied by Ephrem (bamore62) on topic Information and Training Request
Owen,
In any and all ways, if I can offer the help of the Church of Light, we are at your disposal in bringing down the one who poses as Duke Balliol, imposter, heretic, userper, and unlawful claimant to the throne.

In private. I will give you the tutelage you seek.

I do not want anyone interrupting our time.

If any do I will cease the training.

I will see to making arrangements to be available come next gather.
Naranbaatar Aiki
Squire to Count Sebastian Everest, Warden of Kormyre
Former Warlord Castellan to Corvencia
Legionnaire Commander, Kormyrian Army
"In service to the people"

Knight of Winterdark, thank you for your swift and comprehensive aid. That will be most beneficial, I am certain.

To those who extend a hand in swordplay, I will reach out to you often. Whatever time you have available for it, I would request it of you. At any point during feasts, please, by all means, let me know when the time for a spar or instruction avails itself to you. It would do me good to compare different styles and viewpoints in quick succession.

I confess you make a fool of me in the second line. Is this a reference to Algrave’s teachings? Forgive me for my ignorance. I would ask for clarification when you have the time.

To see this through, I must reach the Usurper in Althawine, so I require troop coordination whenever possible. Whatever resources you can spare will be invaluable in this endeavor.

Goodness, I should hope you would have more faith in me than that. Fury has not clouded my better judgement, nor have I forsaken my oaths. Above all else, I serve the Realm, and though any who might see me now may find me a grave man, I am the Admiral first. I would never jeopardize the people I serve to sate vengeance. I have no intentions to interfere with the Null’s current states or imprisonment, only to better understand the residual effects they have left within my bloodline. I have no actions in mind beyond learning, fear not.

Thank you all for being so willing to listen.

I am glad to hear that your intentions are pure, and would be glad to aid you in any research you seek. One can never be too cautious in Travance, so I’m sure you can understand our initial concerns.

I would, however, be delighted in sparring with you, though some who have spoken so far are far better at the blade than I. As a fellow sailor amongst the ranks of the Kormyrian Navy, I find there'd be more to gain than not by familiarizing each other with our fighting styles. Where one of us grows, we should all grow. And as my superior, I want to know firsthand just how well you can hold your own in a battle of steel on steel.

Let me know if you have any interest. And if your research into either topic of interest proves fruitful, you may count me among those interested in learning more about what you discover.

All the best,
Commodore Django, the Sunseeker
Kormyrian Navy, Captain of the K.S.S. Ironscale
Rooster of the Winged Victory
Vassal to Kaladonia

While I was fairly fresh to Travance when we trapped the null in the prism, I seem to remember what Lady Heimdall is referring to as the sparks that accompanied the Null. They were pretty nasty in their own right. She would know far more about them than I though. I only ever encountered the one defending the Null of creation.

As far as sword training goes, it's been some time since I last fought with such an impressive sword, but I'd be happy to help with sparring. I've been told the more styles you learn to defend against, the better off you are.

You know how to contact me.
- Robert Morgan
Tom P

23 Aug 2019 11:09 #16 by Ashley-Lynn Chrzaszcz (RavynAeronwen)
Replied by Ashley-Lynn Chrzaszcz (RavynAeronwen) on topic Information and Training Request
Admiral Piper,
I intend to run a combat awareness training this feast at 4 and a half bells, the evening of Saturday. It is aimed at bringing together individuals who normally do not fight together, determining better methods to engage in combat as well as working through strengths and weaknesses.
Please join us if you're able. I'll be gathering people around 4 bells or so at the Inn.

"I killed my own mother, I can certainly kill yours."